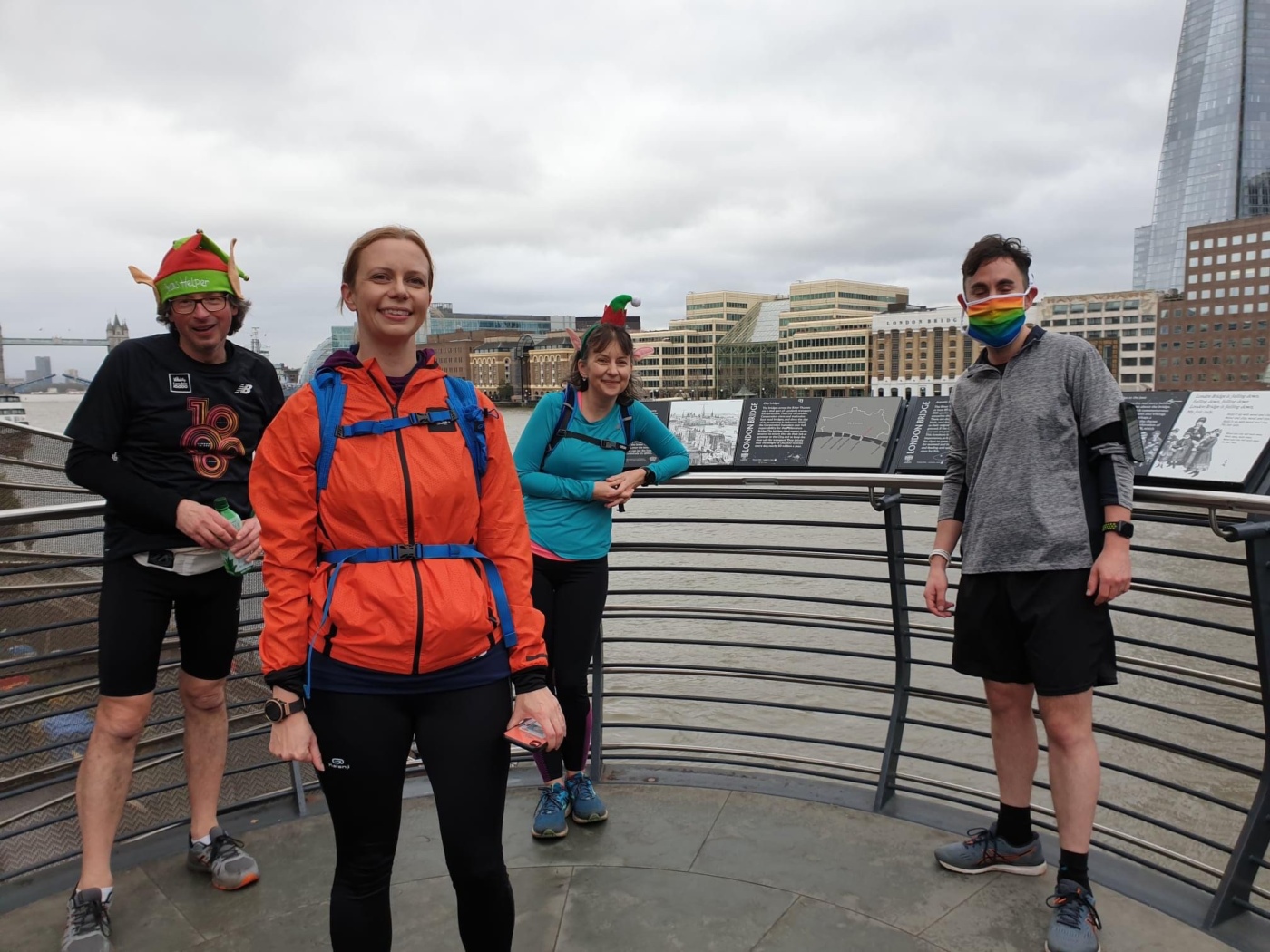 So, we’ve nearly made it through 2020 and can hopefully start looking forward to a brighter new year with hopes of a vaccine on the horizon. It’s been a very challenging time for race event organisers, having to cancel all their events for months on end, and then adapt to the ever-changing regulations when bringing back live races in a carefully managed way. I absolutely love taking part in organised running events so have really missed it this year. A lot of companies have offered virtual races, some of which I have taken part in mainly as an excuse to support a small business or make a donation to a charity, but for me nothing beats that feeling of running with other people and sharing the experience. We heard about the Race Organisers City Scramble which seemed to tick all the right boxes – an in person event, but in small groups so as to avoid large gatherings of people. The concept sounded rather fun too – a race in the form of a treasure hunt, solving clues to navigate your own route as you go along, with a finish location that would only be revealed by solving the final clue! We chose to take part in the London City edition, although many more versions were available in different cities across the UK.

We met at Liverpool Street station and split up into two smaller groups, those following the 5km and the 10km routes. A quick check of the map for the location of the first clue and we were off! The clues were cleverly planned so that you couldn’t easily find the answers by google searching. Once you arrived at the location, there was often a small detail to spot, such as a blue plaque or inscription, and you were asked to make a note of a couple of specific letters from the answer which would form part of a final anagram later on.

We were taken on a tour of the almost deserted city, around Bank, St Paul’s cathedral, the riverside paths and London Bridge. What struck us was how many little interesting details were all around us, but we had never stopped to notice before; tiny churches and unusual statues hidden amongst the tall city buildings. It felt such a treat to have the city almost to ourselves. One clue took us to the site of London’s first public drinking fountain, nestled into the railings of St Sepulchre church, where we learnt that the tiny fountain used to flow with wine on important days such as the coronation of George V. Another clue took us to Postmans Park, a tranquil little spot next to St Barts hospital where we spent some time reading the incredibly moving stories depicted on the Memorial to Heroic Self-Sacrifice . One plaque was particularly poignant to our team of friends from Walthamstow, as we read of an 8 year old local boy who died saving his younger sister from a fire. As the morning passed, we started to spot other little groups of runners out and about, phone maps in hand, criss-crossing our path as we all went in search of the clues.

Finally, 8km later, we were done, with the location of the last clue handily coinciding with a bakery proclaiming to sell the ‘Best Mince Pies in Britain‘, which of course we had to test out! (They were indeed very good!). All that remained was to piece together the letters we had collected along the way, and solve the anagram to find our finish line location! This gave us a little bit of trouble as in our excitement we had noted down a couple of wrong letters; but with a little bit of nudging we managed to figure it out, running off back around St Pauls Cathedral to stop the clock and take our finish line selfie. I won’t reveal the secret finish location so as not to spoil things for anyone who may want to take part in the City Scramble another time!

I would highly recommend the City Scramble as a fun group running activity to do with a small group of friends. It isn’t just limited to London either; this Christmas edition was available in 17 different UK locations , and due to it’s popularity, I’m sure it will return in even more locations next year. Keep an eye on The Race Organiser site for updates!

I’d love to hear any other ideas that you may have come across for events which have a bit of a twist on the standard virtual race idea. I really enjoyed taking part in something which had a bit more interaction and fun than just running a distance by yourself, whilst still not being a traditional mass participation race. Please drop me a line here or on Twitter to @ gailseal as I would love to hear about it! In the meantime, wishing you all a very merry run up to Christmas!

One thought on “London City Scramble!”